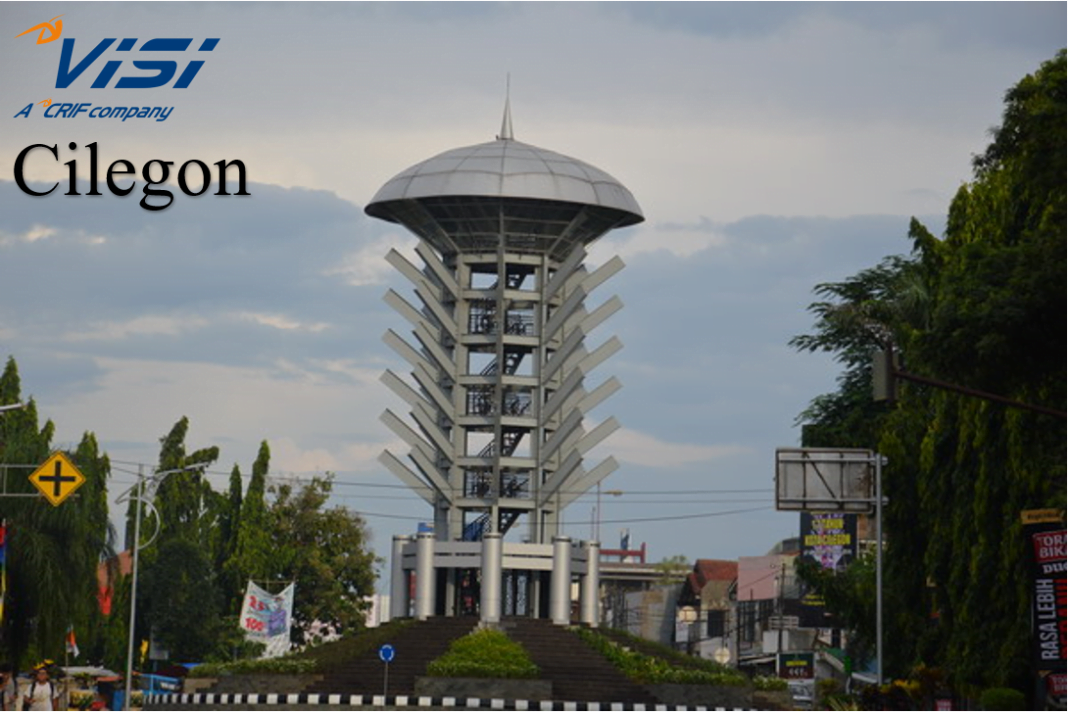 Cilegon City is a city in Banten Province, Indonesia which is known as an industrial city. The rapid industrial development in Cilegon also has an impact on other sectors such as trading, services, and the growing population. The livelihoods of the people of Cilegon, which were mostly farmers, now can be found in other professions, such as laborers, businessmen, and entrepreneurs.

Development and expansions are very rapid in Cilegon, affecting the socio-cultural conditions and land use. What were once the areas of rice fields and cultivation, now turned into industrial, trade, service, transportation, housing, and tourism areas. This situation describes Cilegon as a small city that has facilities normally found in a big city.

The development and progress of Cilegon City not only has an impact on the improved services in the government, development and society, but also provides an overview of the support, capacity, and potential of the region to implement a regional autonomy. Based on this, the Cilegon Municipality was formed.

Another name for Cilegon City is the ‘City of Steel’, given that this city is the largest steel producer in Southeast Asia, most vehicle manufacturers in Indonesia are using local steel and components. This also spurs optimization of the level of domestic content (TKDN) and most of its products come from the factory for Galvanizing, Annealing and Processing Line (GAPL) PT Krakatau Nippon Steel Sumikin in Cilegon City.

In 2016 and 2017, the government predicted that Indonesia will soon have a sufficiently large steel production capacity so it will no longer depend on imported products. The reason is that the production capacity of the steel industry cluster in Cilegon is targeted to be able to produce 10 million tons of steel in 2025.

The Ministry of Industry noted that the national steel consumption in 2016 reached 12.67 million tons, which was higher as compared to 2015 (11.37 million tons). In fact, the domestic steel industry in 2016 produced around 8 million tons per year. The additional production from the steel industry cluster in Cilegon city is believed to be sufficient to meet national needs in the future. Even though the steel industry was facing various challenges for imported steel products in 2019, PT Krakatau Steel (Persero) Tbk ensures that the steel cluster construction project in Cilegon was progressing according to target.

Besides that, the toughest obstacle is happened in 2020. In the second quarter, the national demand for flat products were decreased by 40%–50% and zinc-aluminum coated steel by 20%–30%. The national utilization also decreased, in which the flat products decreased by 15-35%, long products by 20%–25%, zinc-coated steel by 10%–20%, and aluminum-zinc–coated steel by 20%–40%. The decreases were the impact of the COVID-19 pandemic, which stopped most of the national industries from operating, including construction and steel. Thus, business players from most industries hope that Indonesia can immediately overcome the pandemic situation and business activities can run as usual. In addition, it is believed that the steel industry will still have great potential and Cilegon City will become the center.

Apart from steel products, Cilegon City is also the largest supplier of chemical products. The Research and Development Agency (R&D) for Innovation of the Ministry of Environment and Forestry (KLHK) noted that around 80% of the national chemical industry is in Cilegon City. Unfortunately, Cilegon City until now does not yet have an environmental laboratory to examine industries that are not environmentally friendly and can cause adverse impacts.

Additionally, Cilegon City is currently one of the regions in Indonesia with the highest ranking in the investment sector. With the high investment climate, it will have implications for environmental degradation. This is what the Cilegon city government is currently improving.

There are also wheat bran products whose sales have not been affected by the current pandemic. As recorded by Cilegon Agricultural Quarantine from January to August 2019, the city only exported 10,109 tonnes with a value of IDR 34 billion. Meanwhile, it has reached 66,434-tons or equivalent to IDR 283 billion in the same period in 2020. Therefore, the industry is believed to have good growth in the future.

The importance of due diligence in the business world

PKPU and Bankruptcy Case in 2020