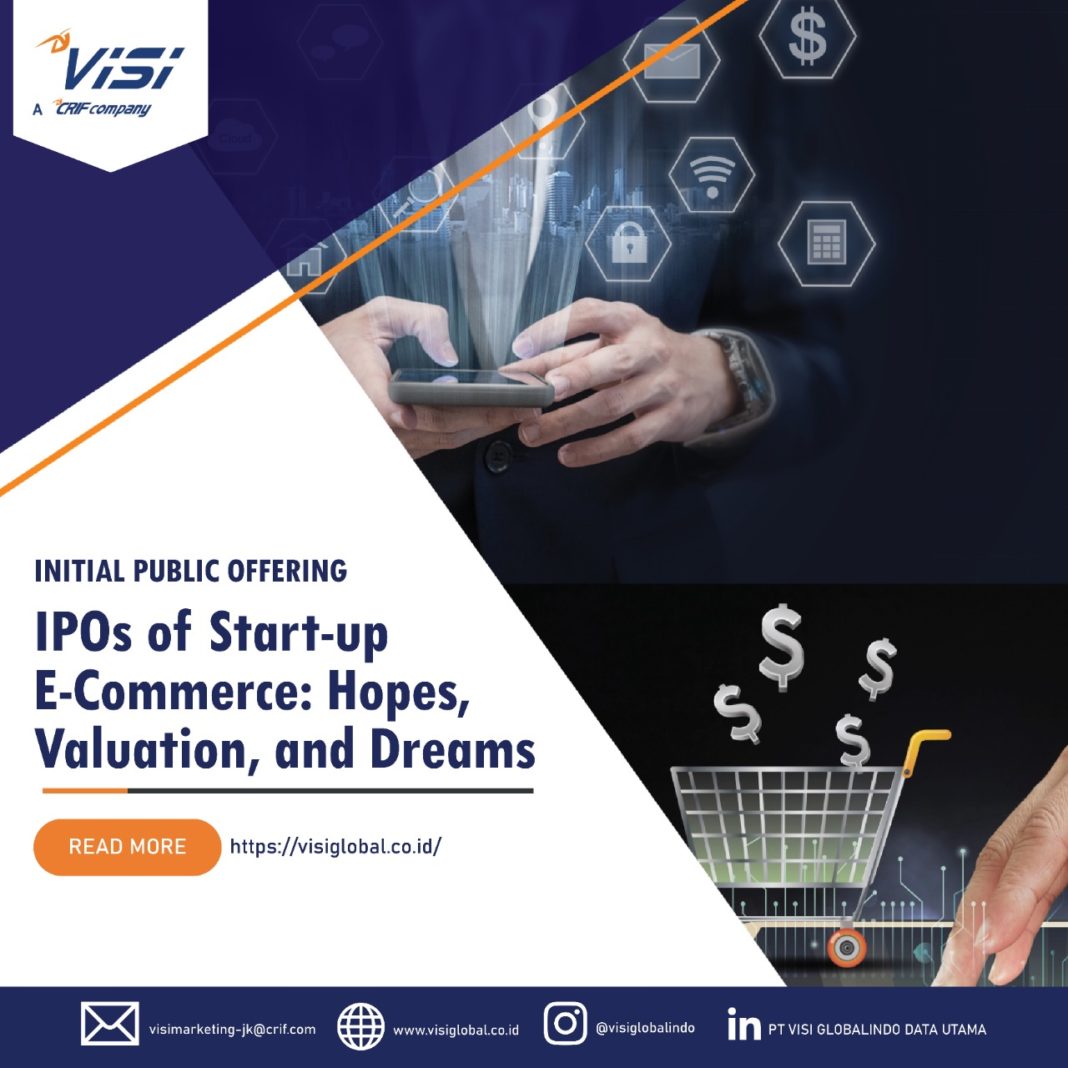 The plan of an e-commerce start-up company with the status of a unicorn (a start-up company valued at over USD 1 billion) to be listed on the stock exchange earlier this year, seems to pave the way for other start-up companies to follow suit. Until mid-2021, two well-known Indonesian unicorns, namely Bukalapak and GoTo, will conduct initial public offerings (IPO) on the Indonesia Stock Exchange (IDX). Other similar start-up that plans to follow include Sayurbox, an e-commerce for groceries, Tiket.com which is under the auspices of the Djarum Group, and Traveloka, which sells travel and entertainment event tickets.

The entry of start-up companies to the stock exchange is expected to help Indonesia’s target to become the 5th largest country in terms of economy in the world by 2030. Based on the data collected by Statistics Indonesia (BPS), the total value of revenues in the e-commerce sector in Indonesia has quadrupled in the 4 years since 2017 namely USD 8.46 billion to USD 30.31 billion in 2020. It is predicted that this value will continue to increase to reach USD 56.36 billion in 2025.

Meanwhile, the number of digital consumers in Indonesia was estimated to increase from 119 million in 2019 to 137 million in 2020. The percentage also jumped from 58% to 68% of the total population. The magnitude of this potential is expected to attract investors so stock transactions will be livelier in the capital market. E-commerce companies that will enter the stock exchange will increase the quality of large issuers so that it will have a positive impact on the Jakarta Composite Index (JCI).

On the other hand, market players are having mixed views on the IPO plans of these e-commerce companies, as there are lots of pro and contra to be considered. This is because fundamentally most start-up companies have not recorded profits, considering they still spend a lot of capital for promotional activities and advertising spending; while the IPO value is very large for a new company that is still not profitable. So, according to market participants, the IPO trend of start-up unicorns only “promises a dream”.

Market participants are advised to learn from events in the United States in the 1990s – 2000s, where there was one start-up company that was considered to have a large valuation on the stock exchange. At that time, website development companies that transacted goods and services to replace conventional shops/offices emerged and entered the exchange. After they raised public funds and the stock skyrocketed due to the internet-age hype, the stock plunged 78% (as of October 2002) from its highest level after the business proved to be unsustainable and risky. Therefore, it ended with a crash or fall in the US market in 2000-2002.

To anticipate a similar incident, the application of shares with multiple voting rights or multiple voting shares (MVS) can be an option for start-up companies that will be listed on the Indonesia Stock Exchange (IDX).

Currently, the IDX and the Financial Services Authority (OJK) are still in the stage of finalizing the regulations for listing the initial shares of the start-up company. However, the OJK as the financial sector regulator has not been able to convey when the estimate for this rule will be completed. It is hoped that this regulation will be issued soon if there is no substantial response from stakeholders. Therefore, the security in investing is also guaranteed.

THE RECENT UPDATE ON TOURISM DEVELOPMENT IN KOMODO ISLAND INDONESIA

PAWNBROKING BUSINESS: A SAVIOR IN THE ECONOMIC PRESSURE DURING COVID–19 PANDEMIC