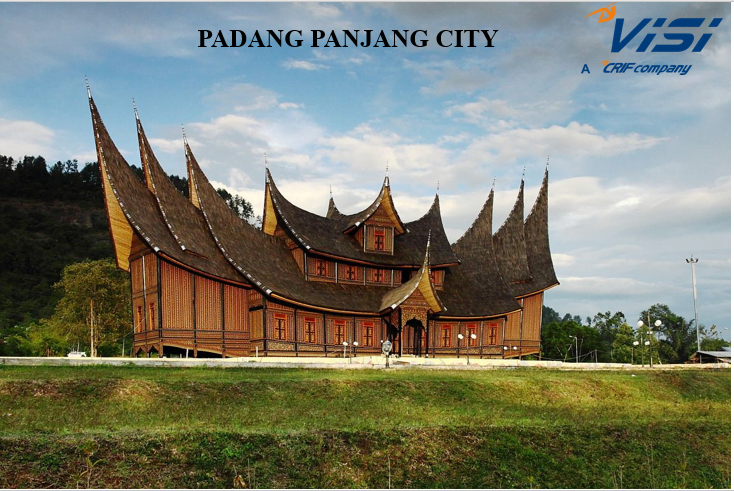 In Indonesian, Padang Panjang is known as ‘Serambi Mekkah’, which translates as ‘the porch of Mecca’, which is named after there are so many Islamic schools built in this city. It is also known as Egypt van Andalas. This city has several business potentials that are being developed by its Government, such as:

Abundant water sources that are flowing in the bathing place of Lubuk Mata Kucing motivates the Municipal Government of Padang Panjang to offer investors the business of bottled mineral water (AMDK). With the product from this investment, it is hoped that it can meet the needs of mineral water for the surrounding community and even outside the city.

The strategic geographic location of the city of Padang Panjang provides considerable potential in the tourism sector. The city of Padang Panjang is passed by the central route in Sumatra, from Aceh (North Sumatera) to Lampung (southernmost part of Sumatera) to Java, and from the west coast (Padang) to the east coast (Dumai) to Melaka, Malaysia. In addition, it is also quite close (70 KM) from International Airport of Minangkabau (BIM) Padangpariaman.

In recent years, the Padang Panjang Tourism Office has made various efforts to increase the level of tourist visits in the city of Padang Panjang.

There are many and varied tourist objects in the spotlight, such as Mifan Water Park, historical and cultural tourism, such as the Minangkabau Cultural Documentation and Information Center (PDIKM), Lubuk Mata Kucing bathing place, campus tourism or educational tourism, health tourism, event tourism), religious tourism, culinary, agritourism, and nature tourism.

But some of these tourism objects are still not operating optimally, because there are still some lands that have not been developed due to lack of funds. Even some unfinished tourist objects have been abandoned even though the master plan is ready, such as the two potential natural attractions of 7 Tingkek Waterfall (also known as Puti Serambi Waterfall), and Batu Batirai Cave located on the southern edge of the city.

In addition, there are several areas that can be used as tourist objects, such as the urban villages (Kelurahan) of Koto Katiak, Silaing Atas, Silaing Bawah, Pasar Usang, and Sigando. There areas actually have great tourism potential if developed properly.

As for the contribution related to tourism in Padangpanjang, although there continues to be an increase, it is not yet included in the top five sources of Regional Original Revenues (PAD). In the 2017 Local Government Budget (APBD) of the IDR 86.4 billion realized PAD, most of it came from medical services for the Regional General Hospital (RSUD), which was amounted to IDR 43 billion. This was followed by dividends from banks and current accounts.

One of the well-known businesses in Padang Panjang is dairy products. Padang Panjang City is a center for milk production in the province of West Sumatra. Starting from a government program in 1981, which provided dairy cattle assistance to all provinces in Indonesia, including Padang Panjang city that received 21 cows. These cows then were distributed to each livestock group. Over time, with good business Padang Panjang can survive in this business.

Currently, breeders receive assistance from various parties to help improve the quality and marketing of milk. This is very helpful in developing the dairy products business.

Padang Panjang dairy farming cooperative (KPSP), the local dairy product producer with the trading name of ‘Serambi Milk’, is known to produce 300 to 400 liters of cow’s milk per day. In total, they can produce 1000 liters of milk per day, freshly produced from dairy cows, bred by 15 farmers with 9 farmer groups with approximately 250 cattle.

The dairy products produced are pasteurized milk and yogurt with various flavors. Through Serambi Milk products, the City of Padang Panjang has become a cluster program assisted by Bank Indonesia (BI), which collaborates with the municipal government, to fund and support the business by building a Milk Processing Unit (UPS) and milk processing equipment so they can market their products outside the province.

In marketing its products, Serambi Milk has penetrated a number of cities and regencies in West Sumatra, such as the cities of Padang, Bukittinggi, Payakumbuh, 50 cities, Sijunjung, Dharmasraya, Solok and several other cities as distribution areas for its products. The Municipal Government of Padang Panjang believes that with a larger investment, the Serambi Milk business will grow bigger.

Apart from the three business potentials above, there are several other business potentials that can be developed in the city of Padang Panjang, micro hydro powerplant (PLTMH) and solar power plants (PLTS), geopark development, tourism and culinary, leather industry, development of Islamic universities, and waste management.

This potential has attracted Indonesian and foreign investors. However, because the area is not large, most of the investments made are for middle to lower scale investment activities, not for large investments.

But this is in accordance with the geographical conditions of the city of Padang Panjang, which has an area of 23 square kilometers (PPDA map version 2016), and is the third smallest city in the country, after Mojokerto City–East Java (16 square kilometers) and Bogor City–West Java (21 KM square).

(Market Research) How Automotive Industry Can Thrive During Pandemic? – Studying of Consumer Behavior