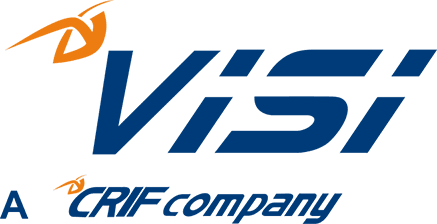 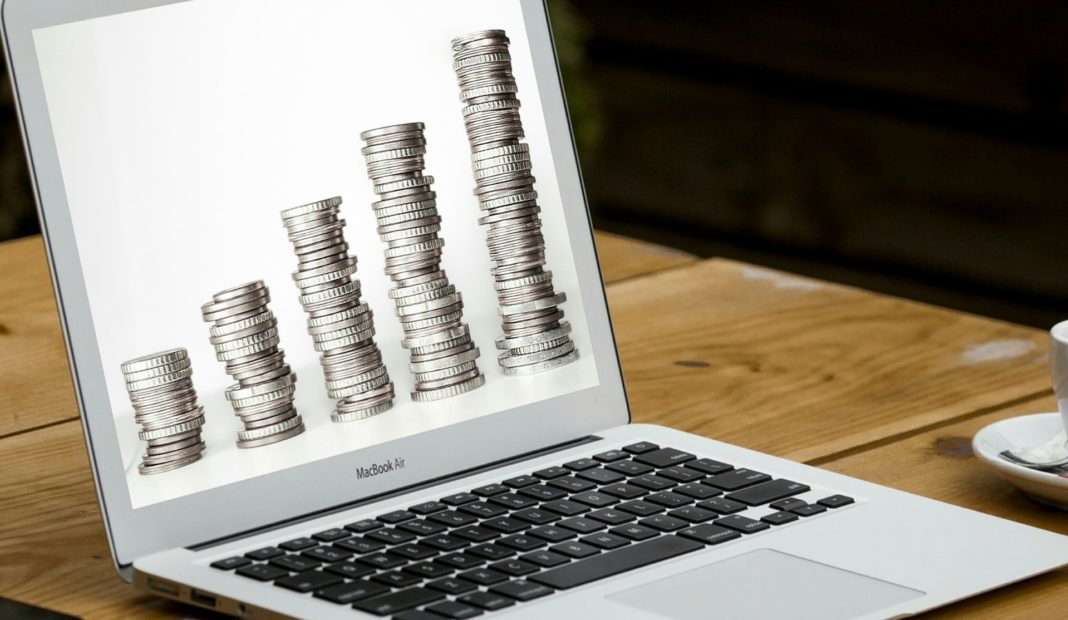 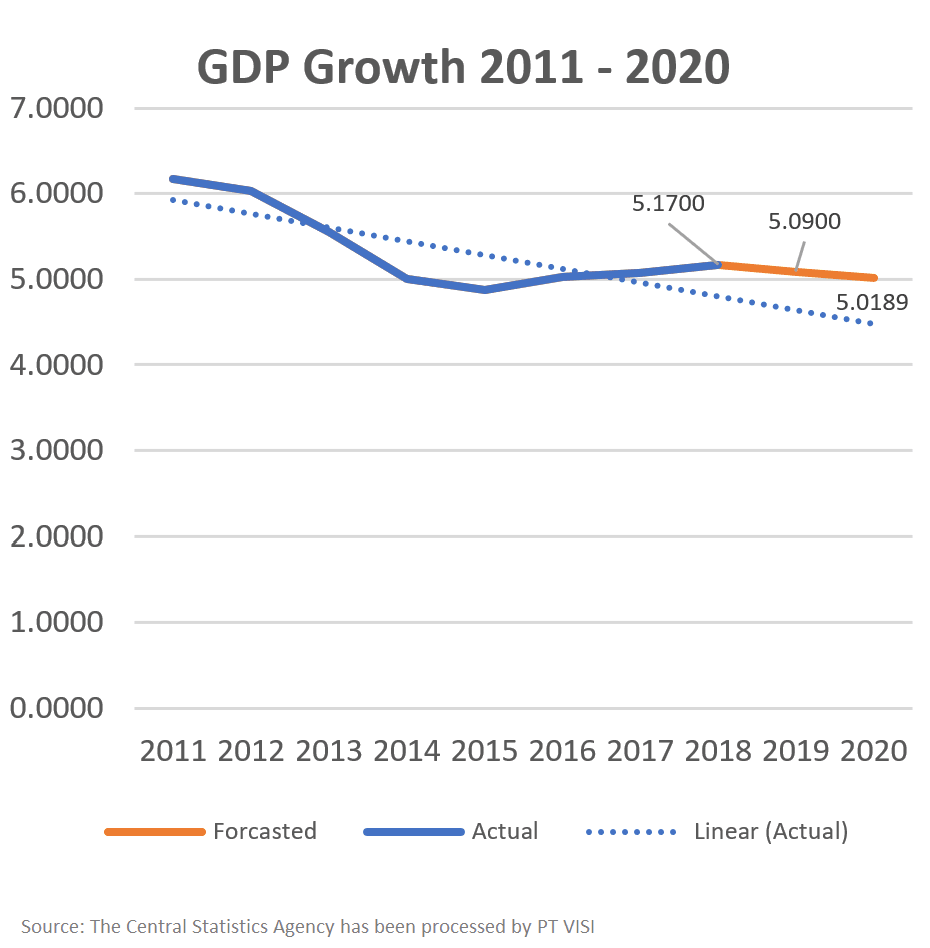 VISI predicts that Indonesia’s GDP will decrease to become 5.01 in 2020. Based on research, several factors influence this prediction. The first cause is that the GDP in Southeast Asia dropped. As well known, China and the US are currently facing a trade war that affects ASEAN countries. China, as one of the ASEAN members, has a trade cooperation agreement with other members. As a result of the rivalry, for every 10% of Chinese exports to the US can reduce at least 1.1% economic growth in ASEAN countries.

The second cause is the uncertainty of the profitability of some infrastructure projects and imported capital. The performance of Badan Usaha Milik Negara (BUMN) is carrying out infrastructure projects that turn out to make the condition of BUMNs increasingly weak. It started with the SOE assignment by the government to build infrastructure with Penyertaan Modal Negara (PMN). The initial PMN of IDR 64.9 trillion was reduced to IDR 50.5 trillion and caused BUMN’s to go into debt finally. The company able to gain more projects, but profitability declined. It has also given an impact on the decline in the value of Return on Assets (ROA) and Return on Equity (ROE). Not only from the construction sector, but there is the possibility of worsening reports on the financial position of other BUMNs.

Even though Indonesian GDP is predicted to decline, not all growth of business entities in Indonesia has declined. Several business fields are predicted to still record significant growth, such as the IT sector, Financial Services and Insurance, and Property. 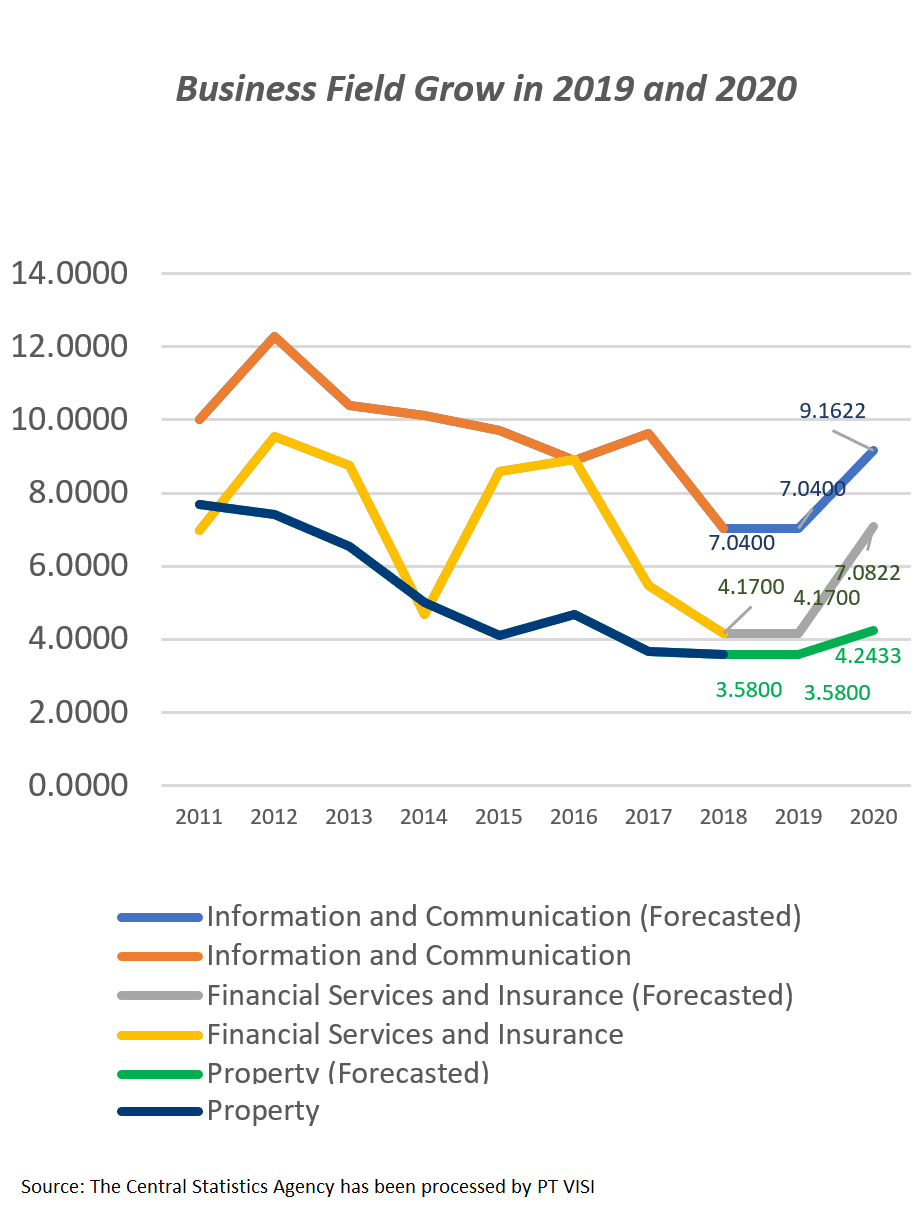 The ITC sector is predicted to experience significant growth along with the migration of the system to Artificial Intelligence and the development of payments using a cash-less system. The increase in growth is expected to reach 2.1222 points or 9.1633 percent compared to the previous year, which was only 7.0400 percent.

Otherwise, the cash-less system is also affecting Financial Services and Insurance sector growth, which is predicted to experience significant growth along with the development of the Financial Technology (Fintech) business.  The increase in growth is expected to reach 2.9122 points or 7.0822 percent compared to the previous year, which was only 4.1700 percent.

Meanwhile, the Property sector also predicted growth, although not as big as the financial sector. The property sector is also predicted to experience as much growth along with the Increasing of Real Estate Investment. The increase in growth is expected to reach 0.6633 points or 4.2433 percent compared to the previous year, which was only 3.5800 percent.

The above sector is a sector with significant growth potential in 2019 and 2020. Surely the sector is very suitable to be used as an investment and business object. However, although other sectors are predicted not to have too good potential, not all players experience stagnation or growth setbacks. There are still several companies that are experiencing stagnant growth. Investors or businesspeople only need to be more selective, verification, and confirmative in investing or doing business.

Real Estate or Property. Are the prospects still good?

Moving of Capital City Started, Construction Sector Growth is predicted to Rise Up

The Development of Artificial Intelligent Triggers Fintech Growth in Indonesia

The Information, Communication, and Technology Sector (ICT) is Still Predicted to Grow in the Year 2020

How will the Development of the Automotive Industry in Indonesia