Visi Global
Home CantingQInd THE IMMENSE POTENTIAL OF THE INDONESIAN E-COMMERCE SECTOR THAT NEEDS TO BE...
WhatsApp
Linkedin
LINE 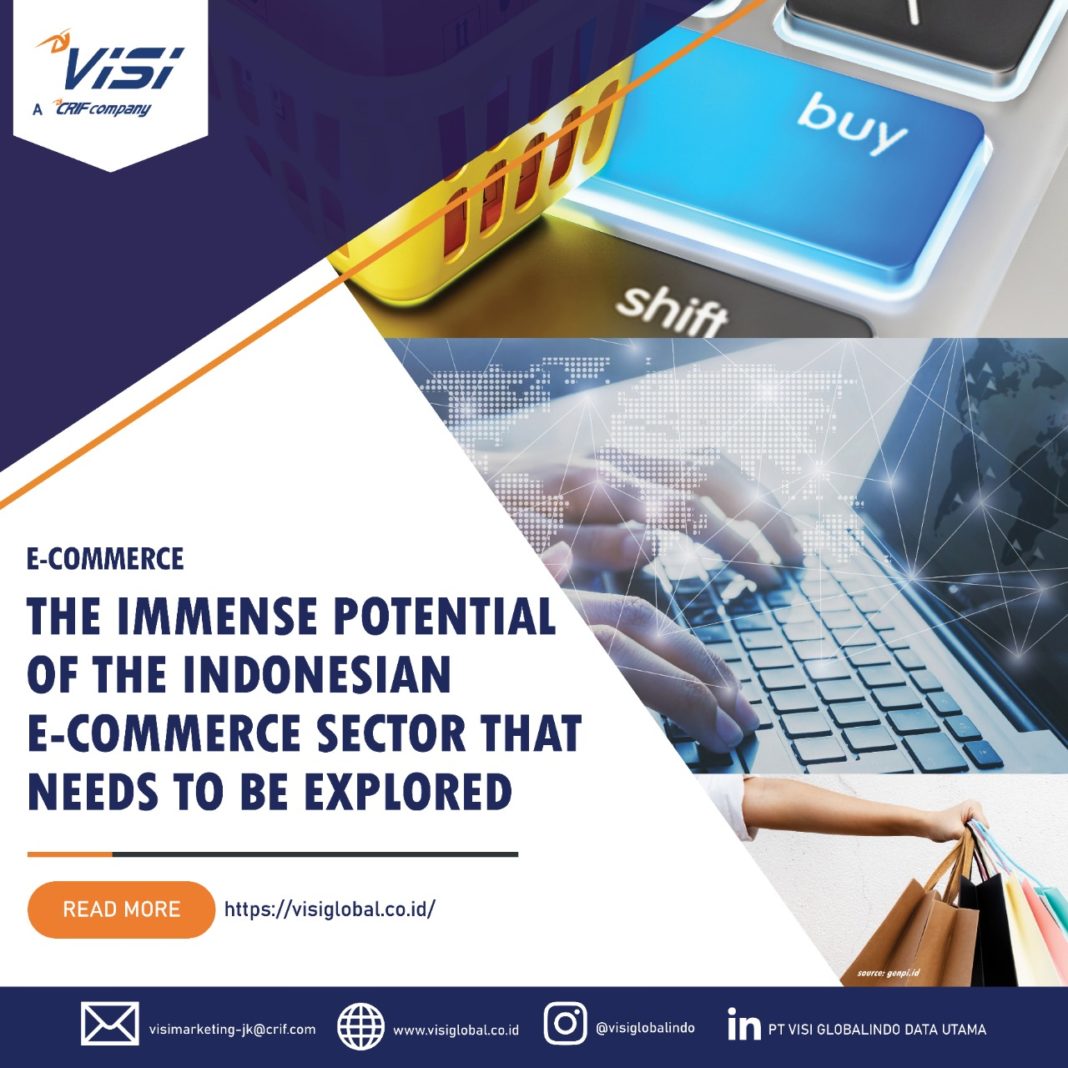 Interconnection-networking (Internet) is a global system of computer networks that connect with each other in all corners of the world using the Internet Protocol Suite (ISP) standard. Since first entering Indonesia in 1988, the internet has undergone many developments ranging from network quality to its functions and uses. Currently, Indonesian people not only use the internet to find information and communicate, but also for economic activities. One of them is buying and selling transactions, activities that were initially carried out by meeting directly between sellers and buyers, can now be carried out using internet-based electronic devices or what is called E-Commerce.

The rapid growth of internet users has made the internet an effective medium for companies and individuals to introduce and sell goods or services to consumers from all over the world without having to meet face-to-face. The rapid development of an electronic-based economy certainly has high economic potential for Indonesia. More and more sectors have been explored, ranging from Fast Moving Consumer Goods (FMCG) such as food, beverages and medicines, motor vehicle products, property to travel services. Based on BPS data, the total value of revenue in the e-commerce sector in Indonesia has quadrupled in the 4 years since 2017 from USD 8.46 billion to USD 30.31 billion in 2020. It is predicted that this value will continue to increase to reach USD 56.36 billion by 2025. 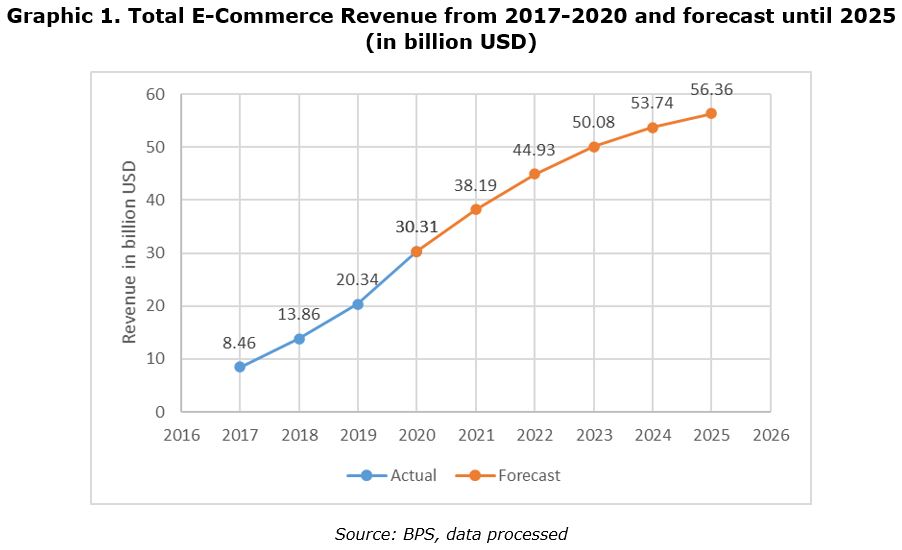 Meanwhile, in terms of potential, based on data from the Ministry of Trade, by 2020 Indonesia has more than 200 million active consumers, 340 million mobile phone numbers, 160 million social media accounts, 18 million credit card holders, 37 million people trade and/or work in businesses. trade, 20 thousands of exporters and 15 thousands of importers. This shows that Indonesia has great potential in this sector. However, in 2020 the number of active e-commerce users in Indonesia has only reached 138.09 million people.

This small contribution certainly cannot be separated from the various challenges and obstacles faced by this sector. Inadequate digital infrastructure, regulations to protect both consumers and business players are unclear and overlapping and resources are still limited. This prompted the government to regulate regulations governing the electronic-based economy by issuing the Economic XIV Policy Package on E-Commerce. This is done to encourage the expansion and improvement of community economic activities throughout Indonesia in an efficient and connected manner, as well as to encourage the creation, innovation, and invention of new economic activities among the younger generation.

THE NUMBER OF CASES OF SUSPENSION OF DEBT PAYMENT OBLIGATION (PKPU) CONTINUES TO INCREASE, WHICH SECTORS ARE INVOLVED?

HUMAN HEALTH & SOCIAL WORK: The sector increases by double digit, amid a contraction in national economy

COAL BUSINESS STAYS ON HIGH-DEMAND DURING THE PANDEMIC

The CPO Industry Sector Performance is Still High During COVID-19